The ‘Natural Philosophy’ of the Atomist Democritus, a Greek thinker from the fifth century BC introduced the hypothesis of images or idols (eidola), a kind of emanation from external objects, which make an impression on our senses, and from the influence of which he deduced sensation (aesthesis) and thought (noesis) emerge. He went on to propose that these emanations could enter the pores of a sleeping person and that this is where dreams come from. Not coded messages from the unconscious, a narrative of repressed wishes slipped through to consciousness as Freud would have it but independent objects in and of the world.
To test this idea that images and ideas themselves are tangible things, that they have a ‘thingness’ that might affect us Sean and Veronica performed 20 days of Dream Telepathy while they were sharing an apartment together in Spain as part of a three month Australia Council residency. Every evening before they went to sleep (in separate bedrooms at opposite ends of the apartment) they would put something (small and flat) in an envelope and place it under the other’s pillow. They would then dream on this all night and in the morning would meet in the studio and recount the nights remembered dreams to each other. They would then open the envelope from the night before to see if the image inside had seeped into or influenced the dream. On their return to Australia Sean and Veronica worked together to turn their favourite dreams into collaborative oil paintings.
On their return to Australia Sean and Veronica worked together to turn their favorite dreams into collaborative oil paintings that were exhibited at Gertrude Contemporary. 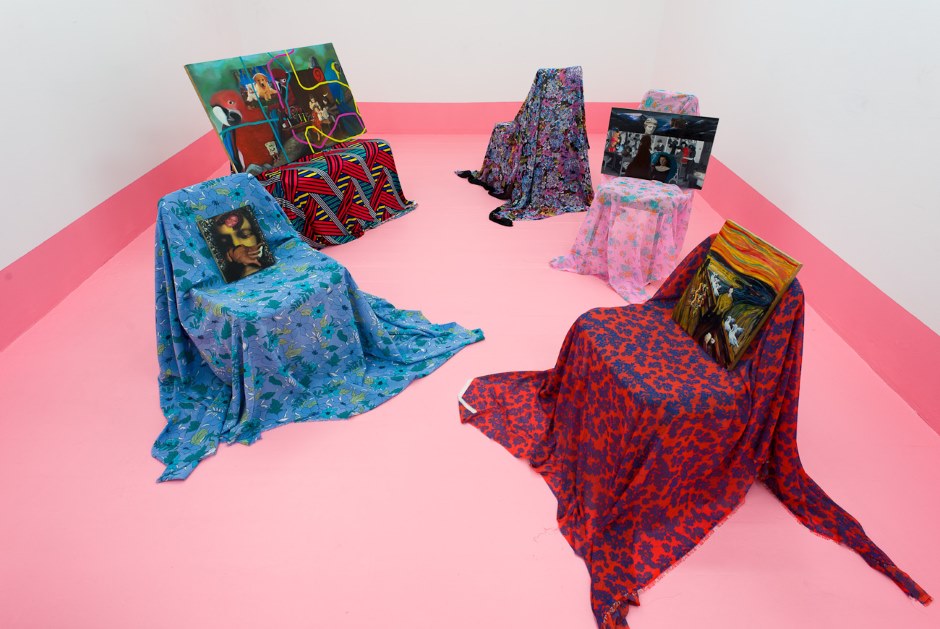 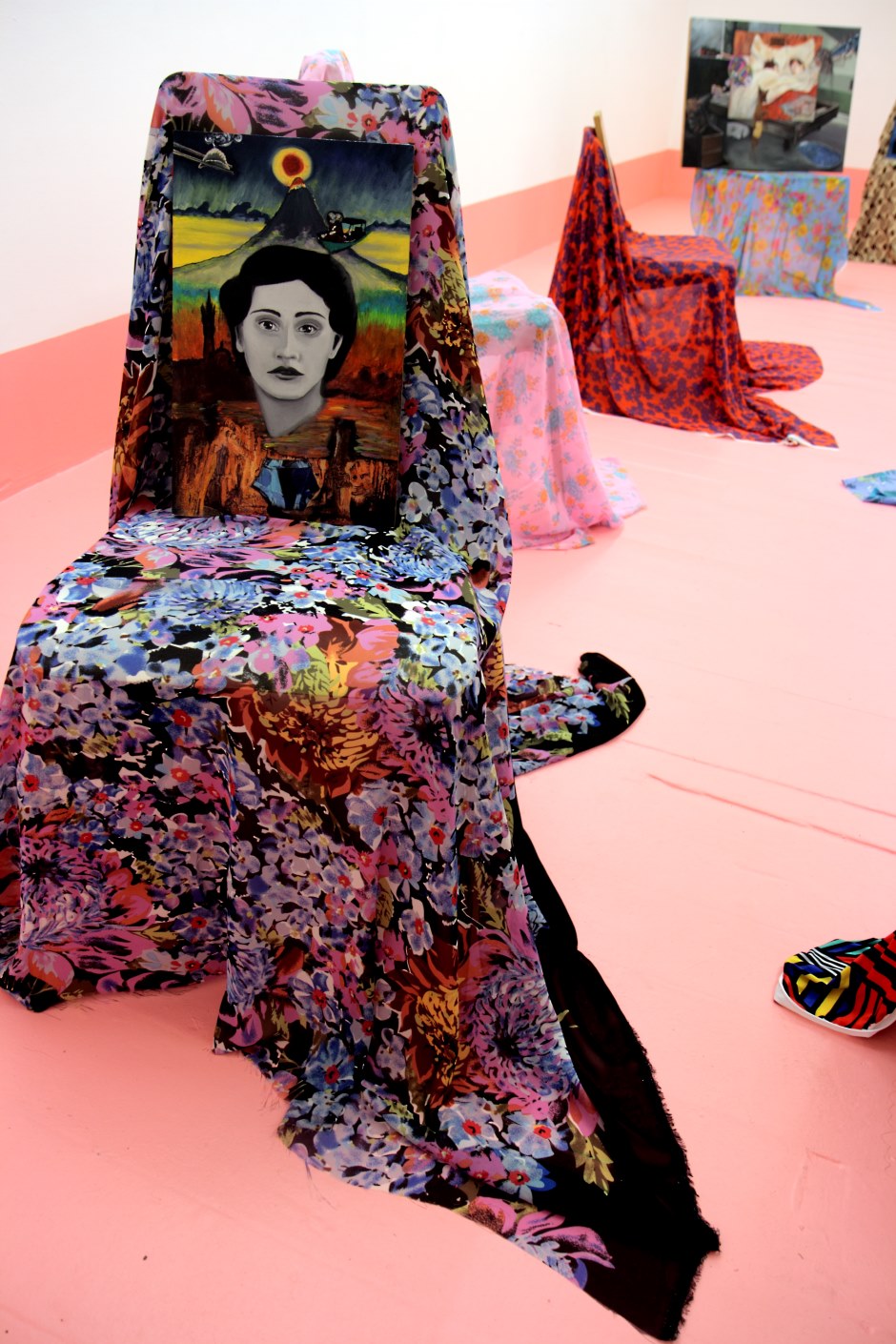 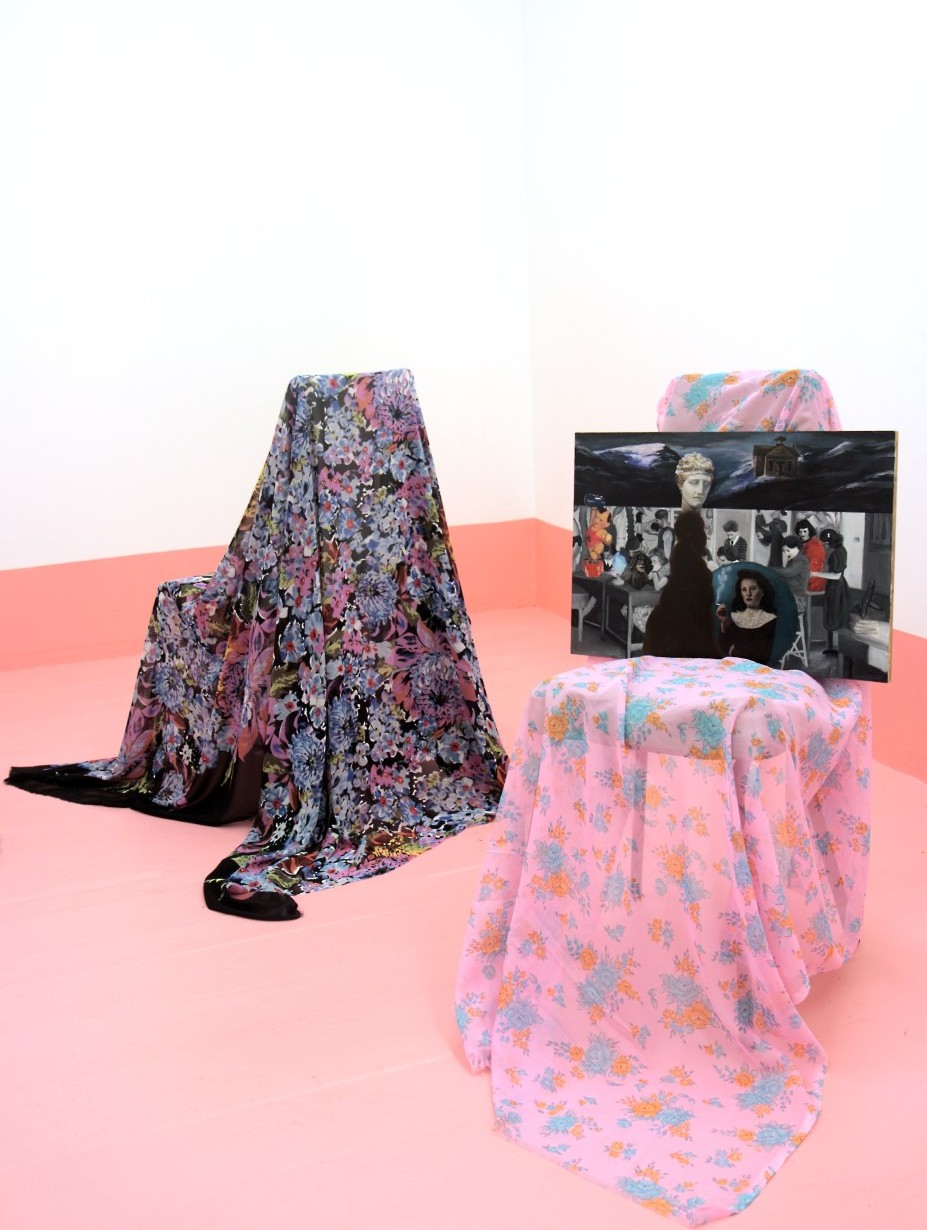 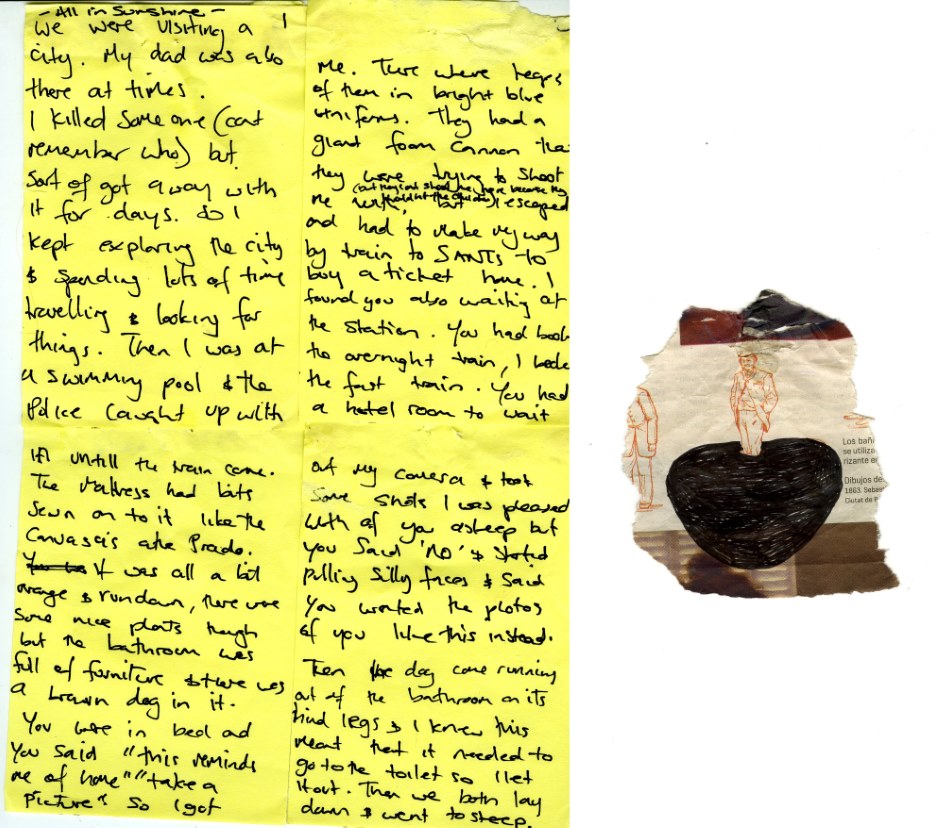 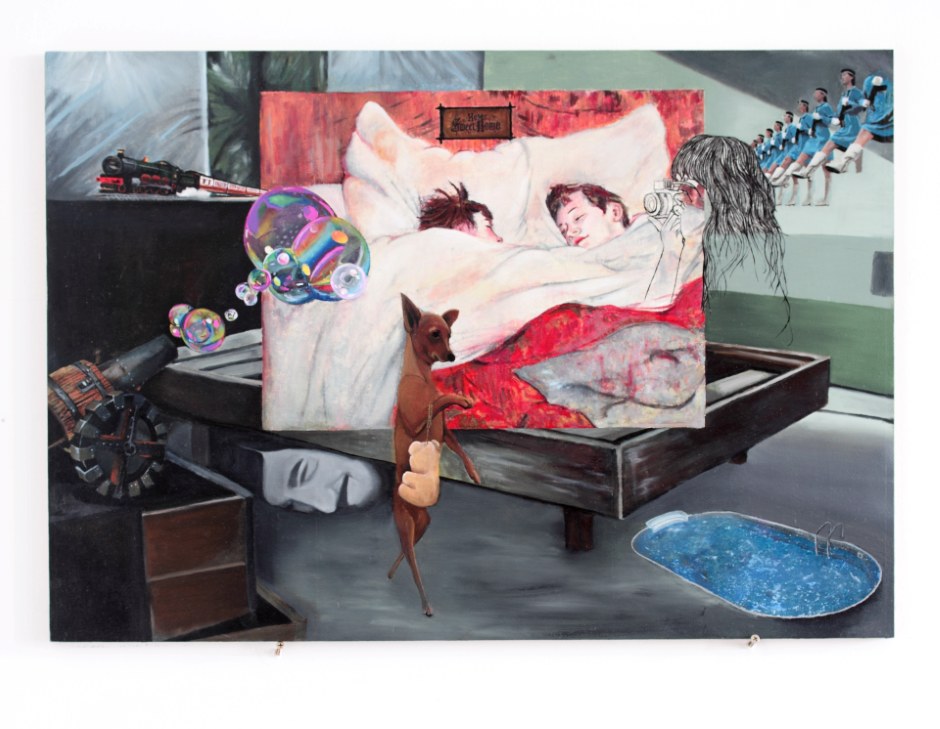 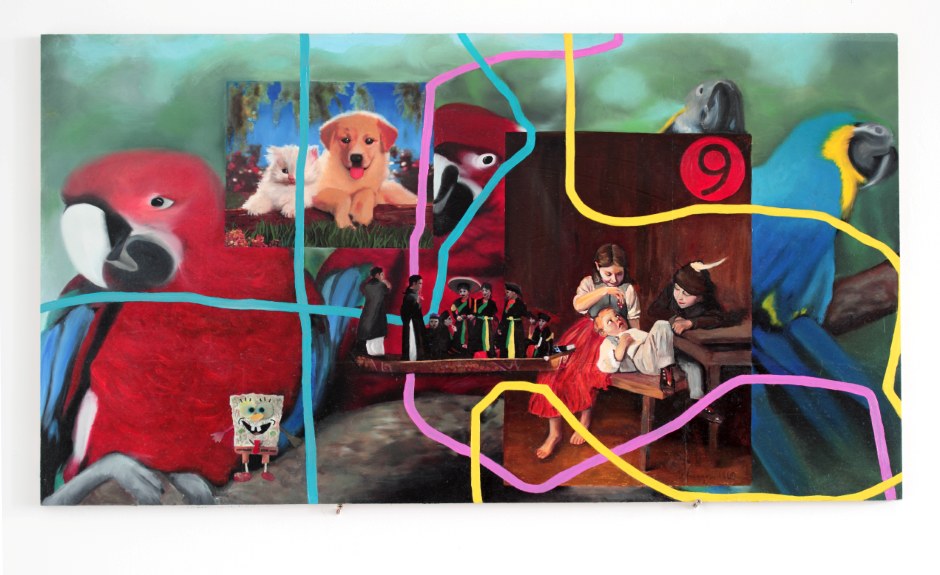 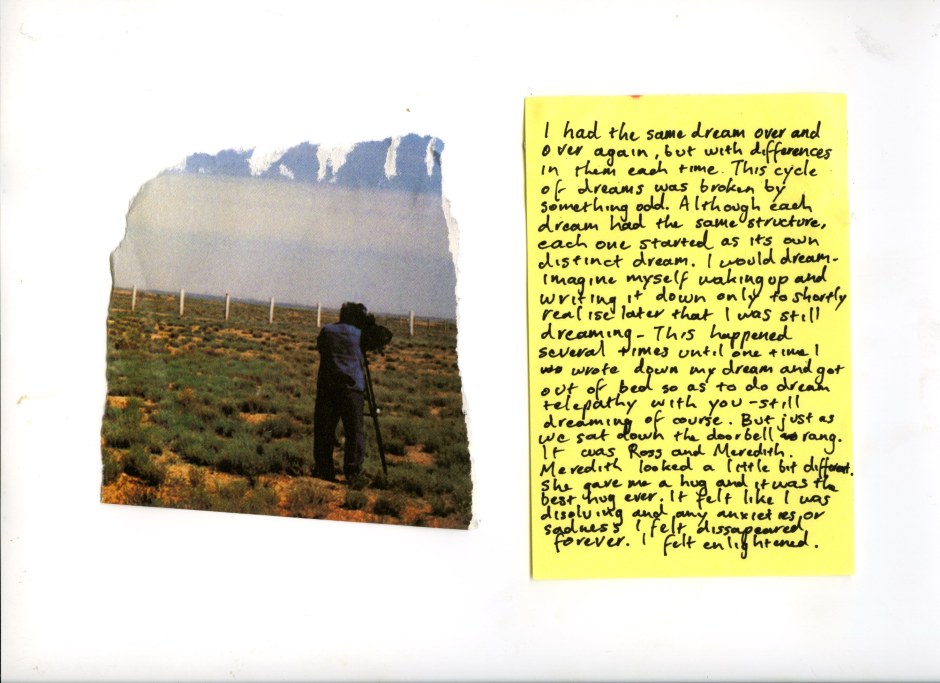 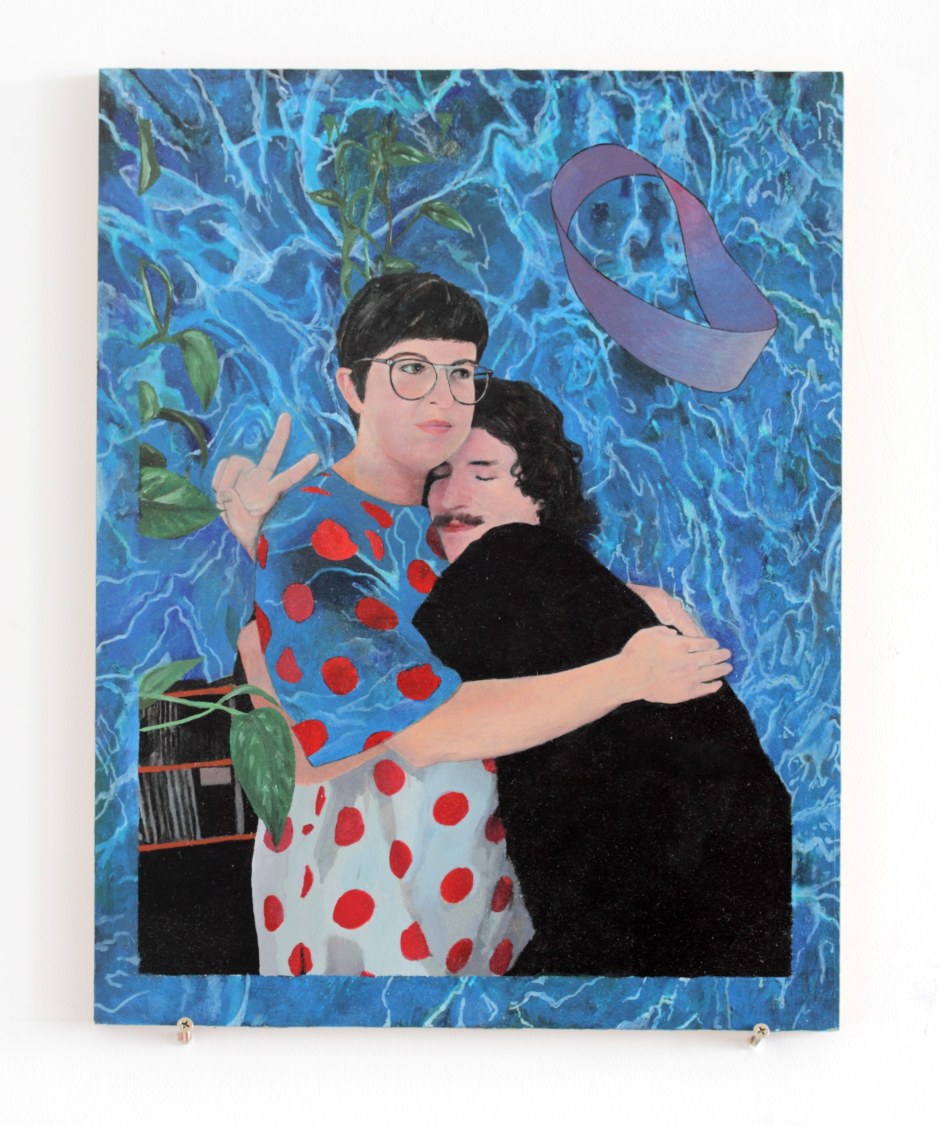 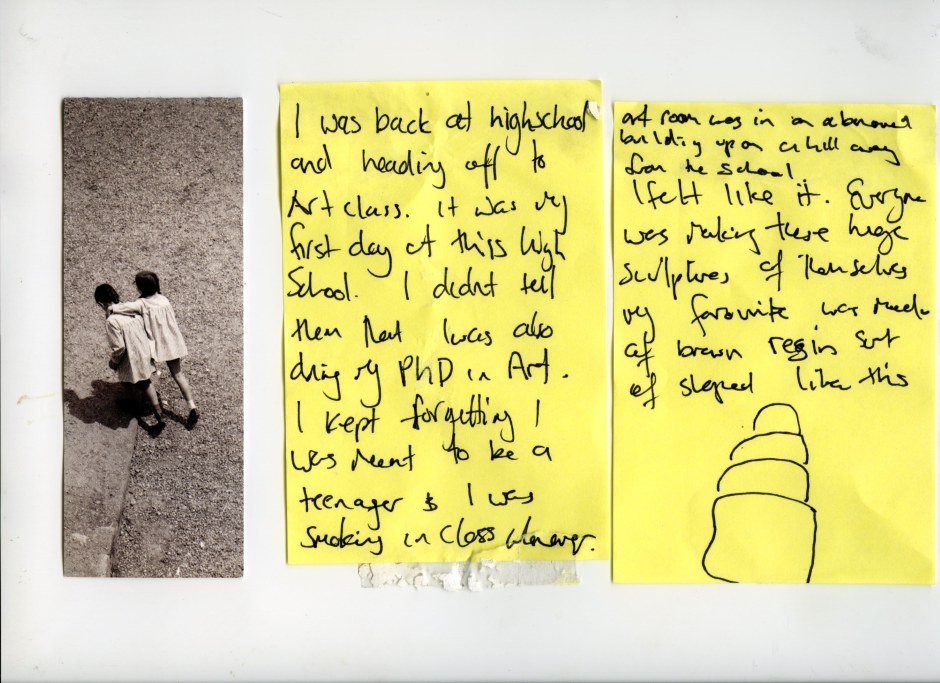 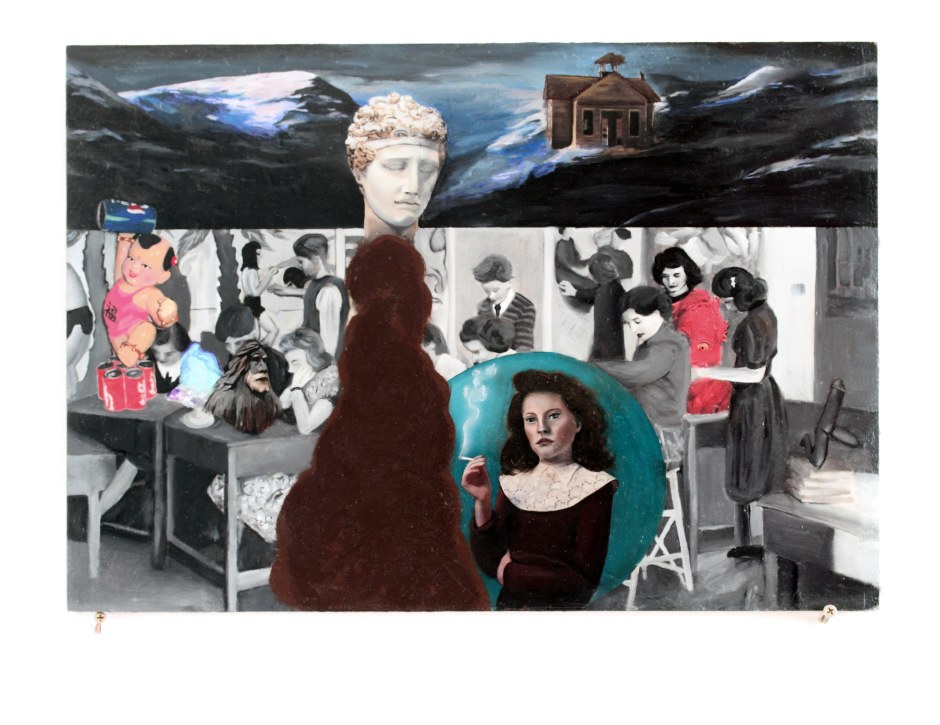 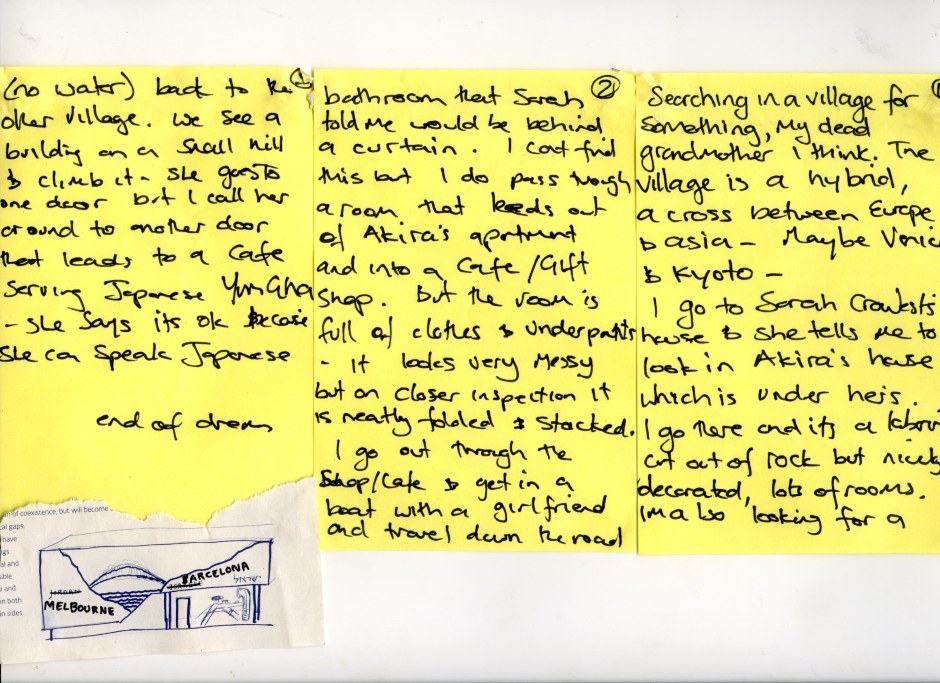 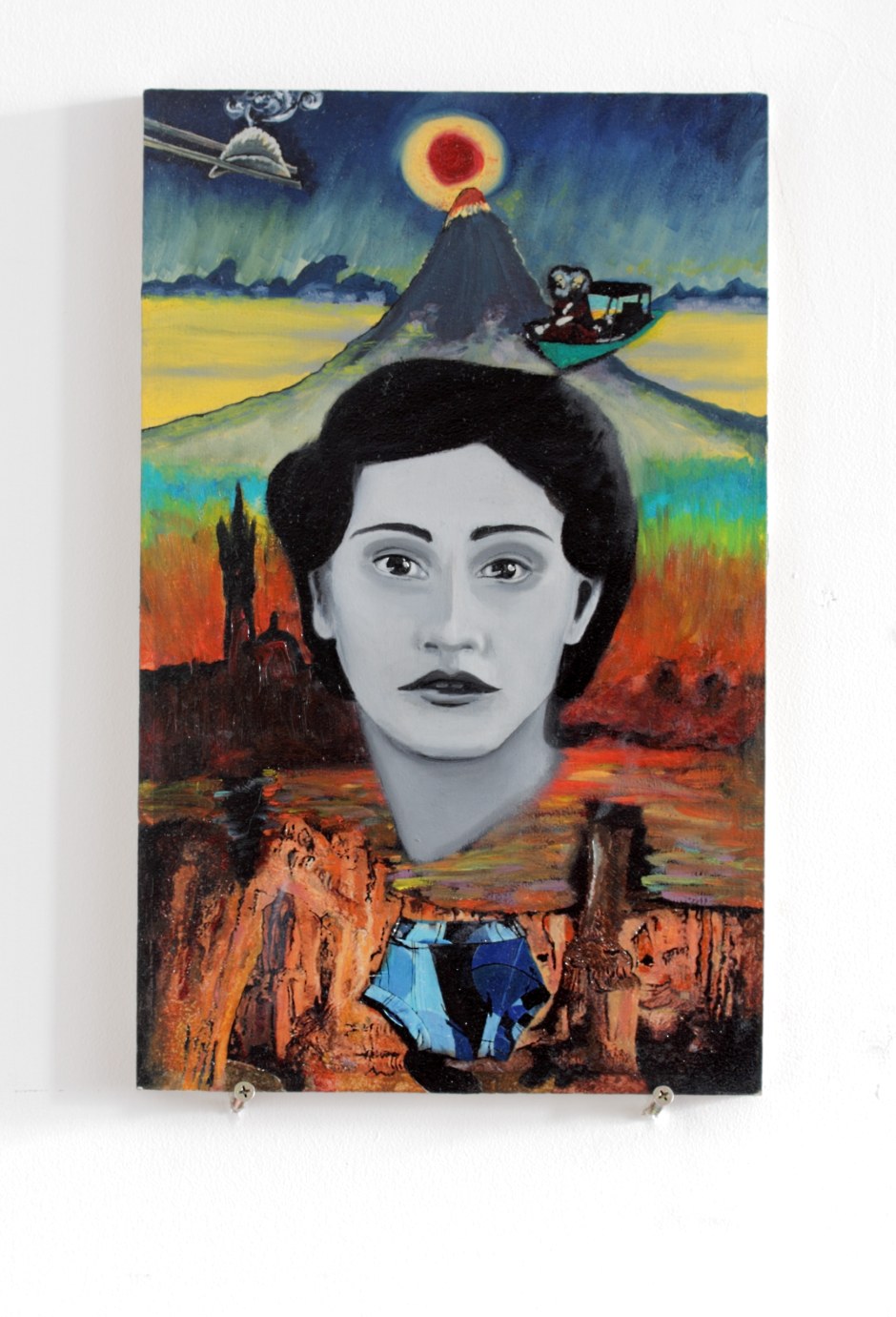 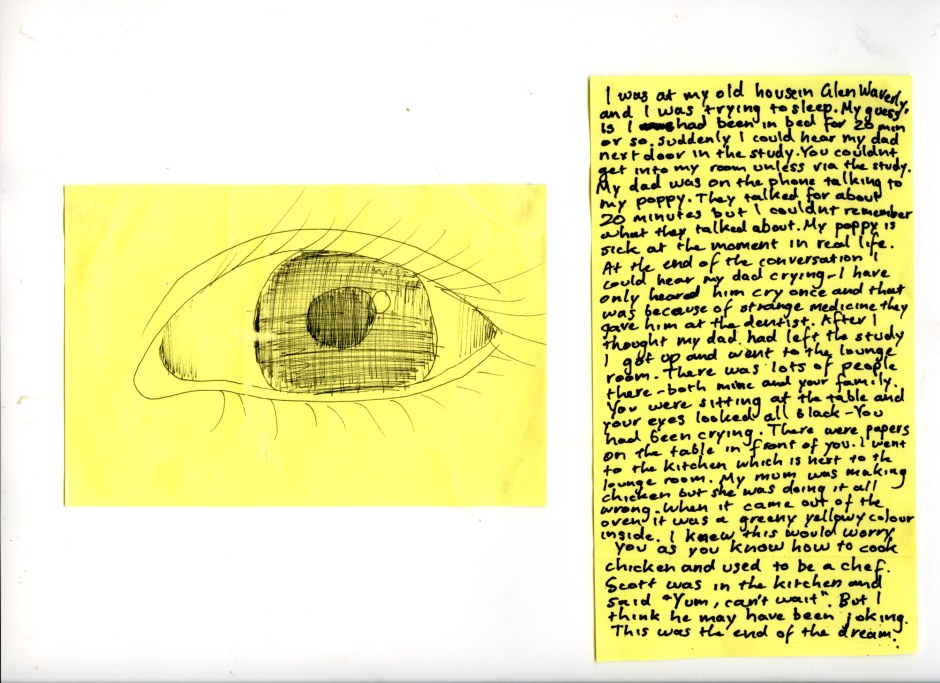 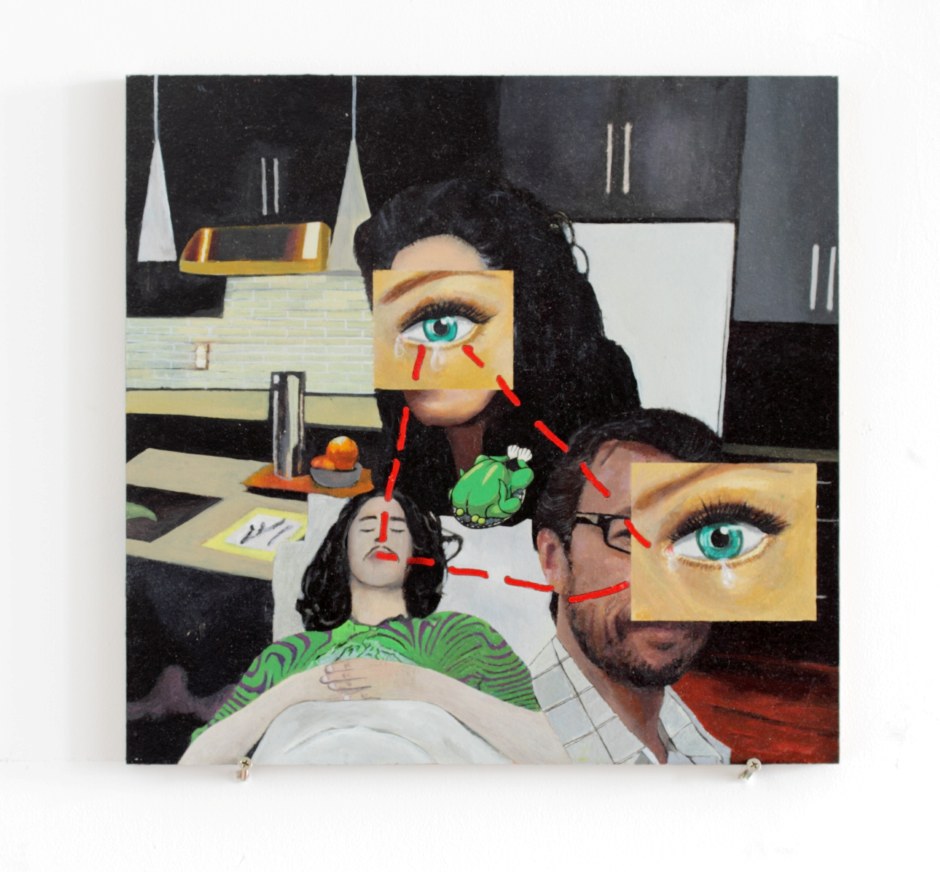 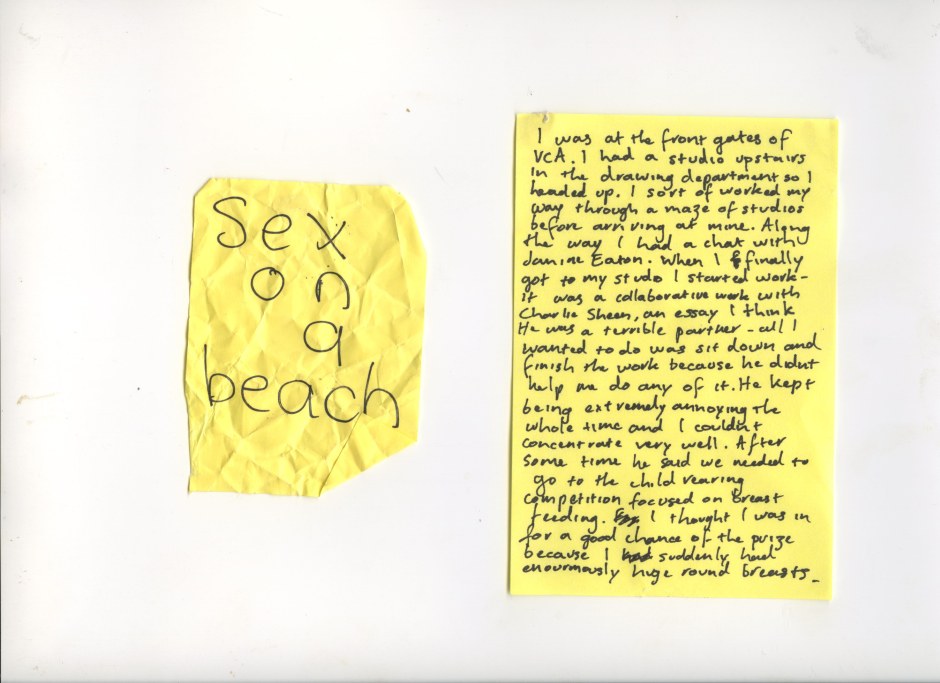 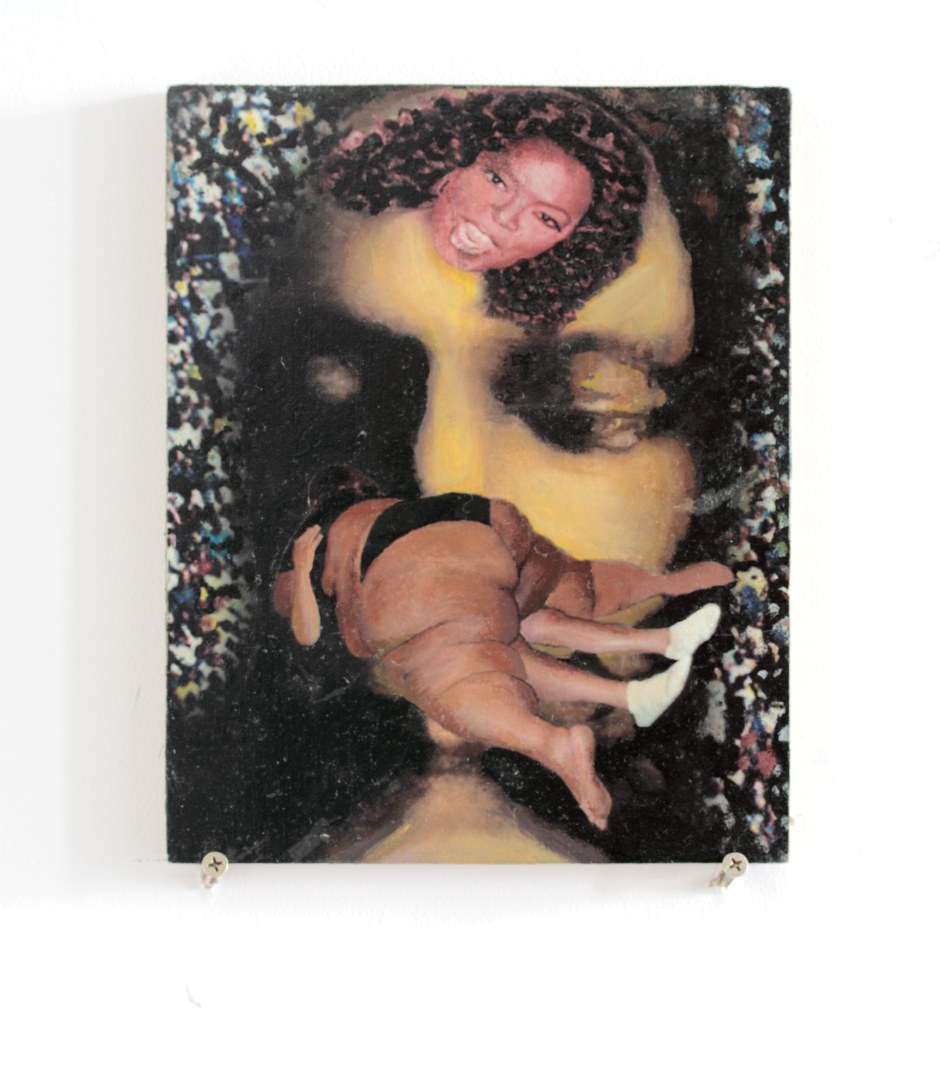 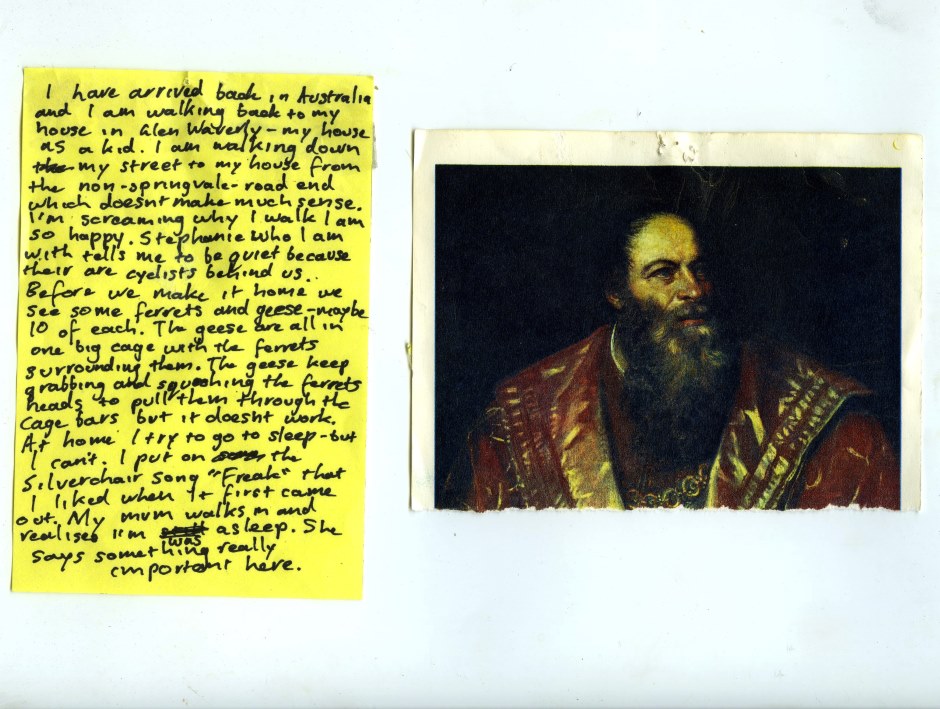 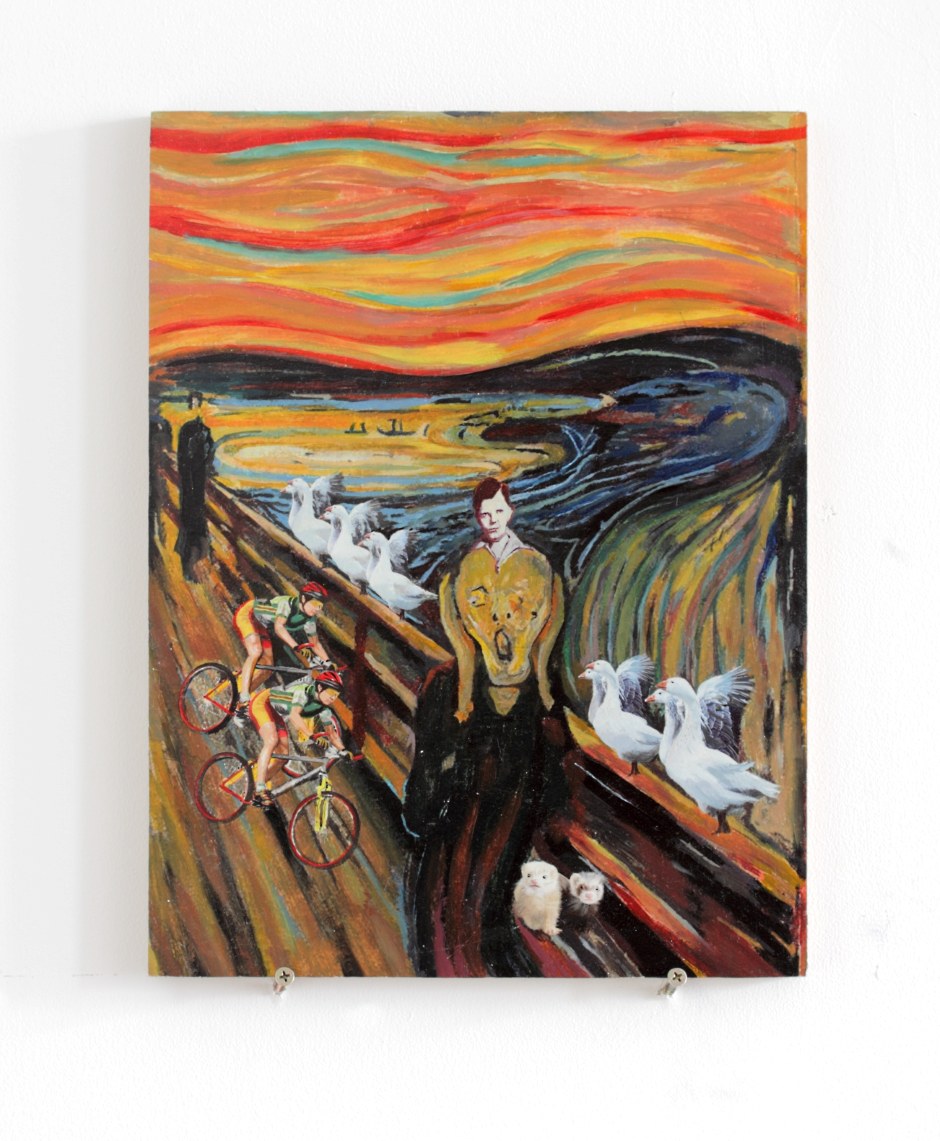